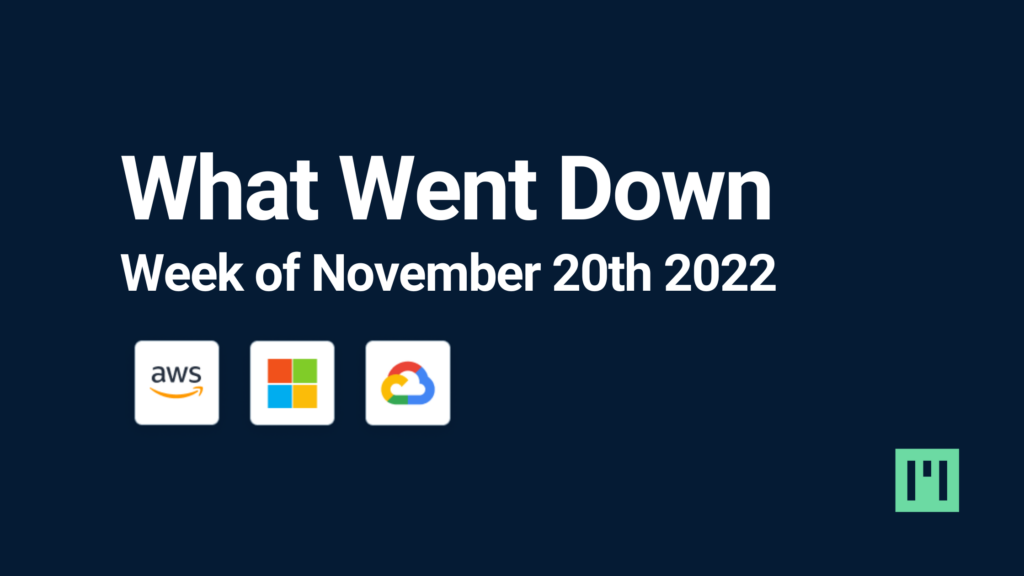 Notable Metrist-Reported Downtime While these outages didn’t make the news, these issues caught by Metrist may have affected your company’s app and operations.    AWS AWS RDS was unable to create new instances in AWS US East 2 for 54 minutes on the 16th. The platform was timing out with no errors thrown.    AWS […] 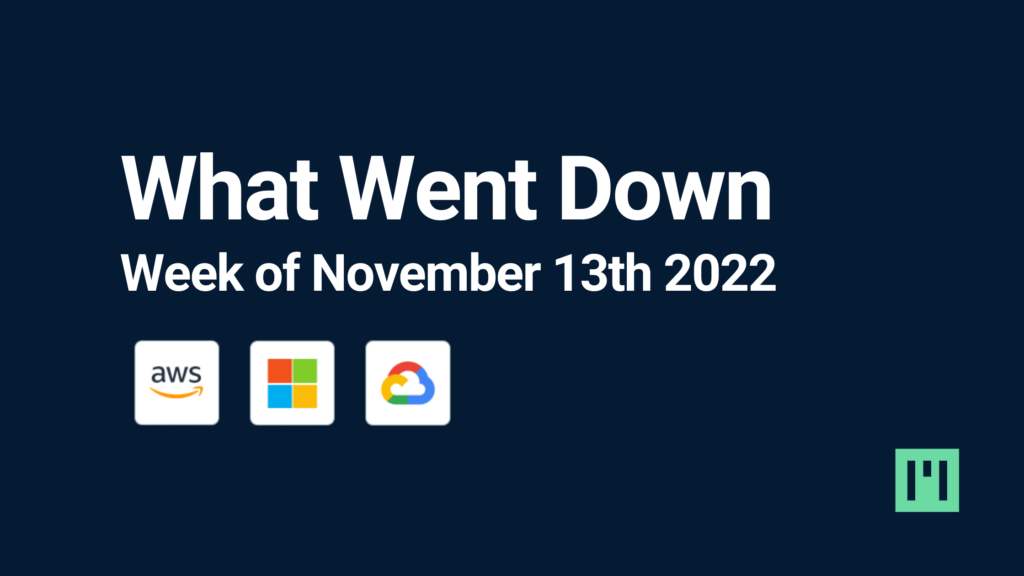 It was a pretty quiet week for third-party cloud dependencies. But here are the outages we considered noteworthy.   Notable Metrist-Reported Downtime While these outages didn’t make the news, these issues caught by Metrist may have affected your company’s app and operations.    Azure Azure Cosmos DB was unable to create Cosmos accounts in Azure […]

Metrist Co-Founders to Speak at the DevGuild: Incident Response Conference 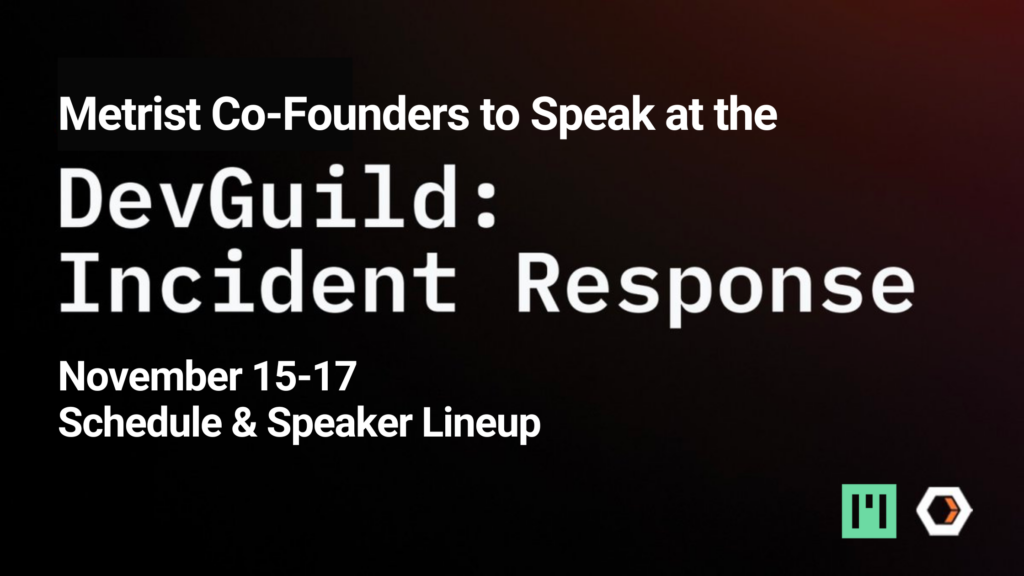 The DevGuild: Incident Response conference is being held November 15-17th this year, showcasing the knowledge of how leading SREs are “increasing resiliency at every level with Observability and Incident Response.” Each day’s 1.5 hr session focuses on a theme regarding incident response. The speaker lineup is also exciting and includes Metrist’s co-founders.  You can register […] 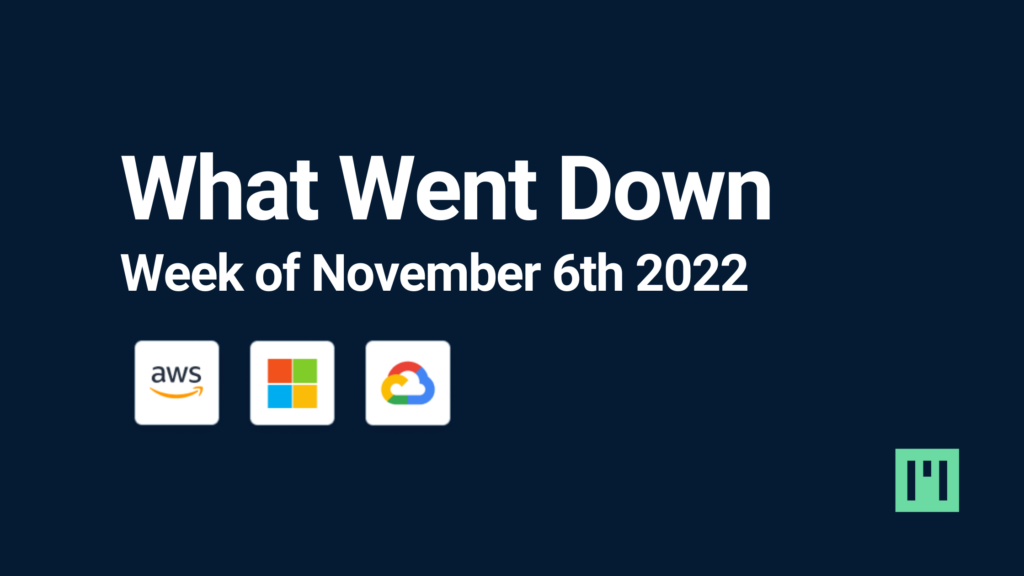 Newsworthy:  Zoom’s API began throwing errors just after midnight Pacific for almost 22 hours on the 6th. Issues started right after Zoom’s previously-announced planned maintenance.      The platform likely broke something with authentication while doing other maintenance. And since the incident occurred over a weekend and did not impact the core functionality of joining […] 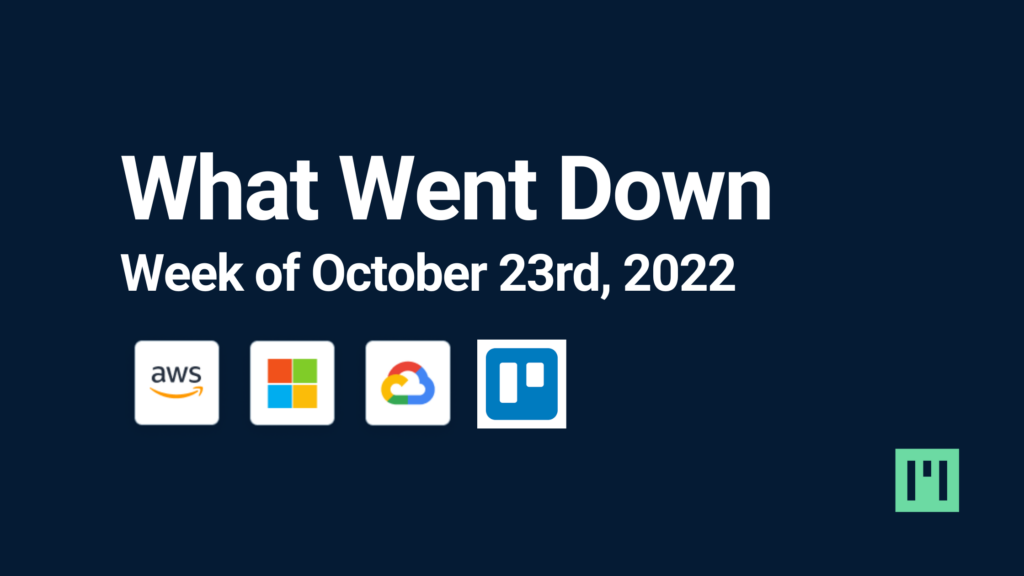 Notable Metrist-Reported Downtime   AWS AWS RDS was unable to createnew instances in AWS US-East-1 for 44 minutes on the 20th. AWS only provided a vague error message about the service being unavailable. On the 20th, it was unable to create new instances in AWS US-East-1 for 20 minutes; Metrist’s attempts each timed out after […]

Everything Google Announced at Google Cloud Next 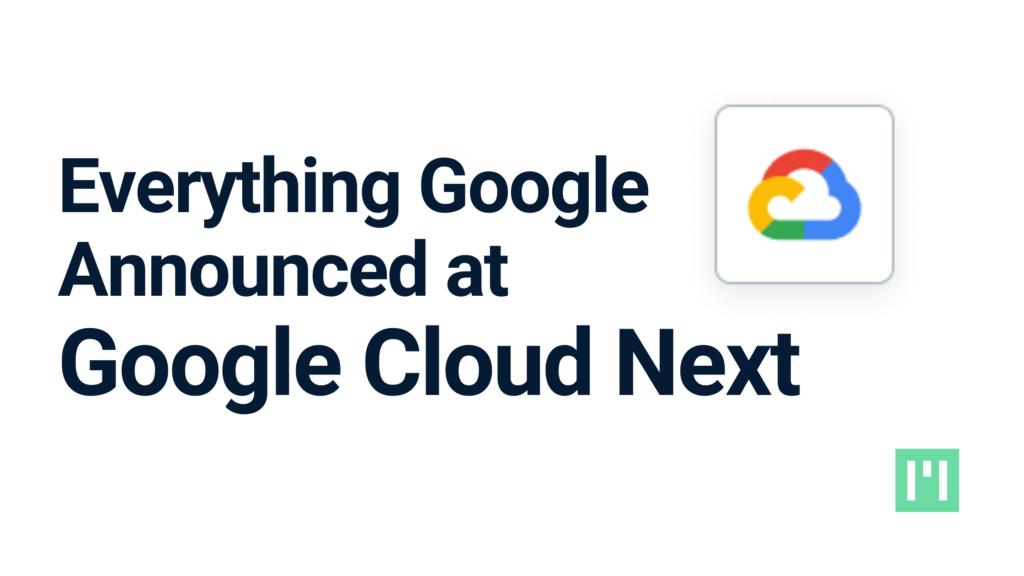 Google Cloud Next 2022 was an exciting event, with the company announcing innovations in three major areas: infrastructure, data, and collaboration. To learn more about the announcements and what you can get out of them, read on.   Infrastructure Google Cloud took steps to improve its infrastructure and security in the following ways:  Virtual machines […] 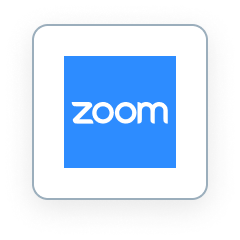 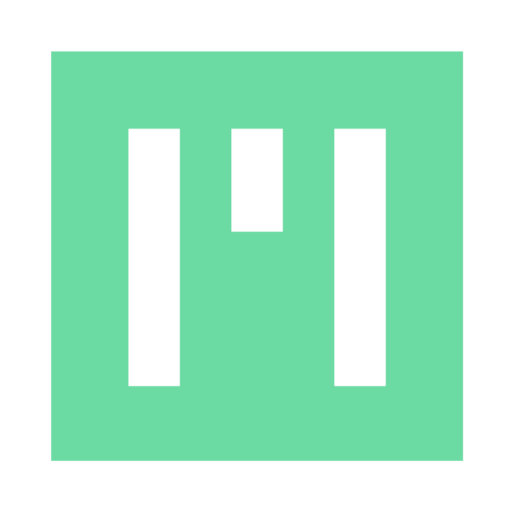