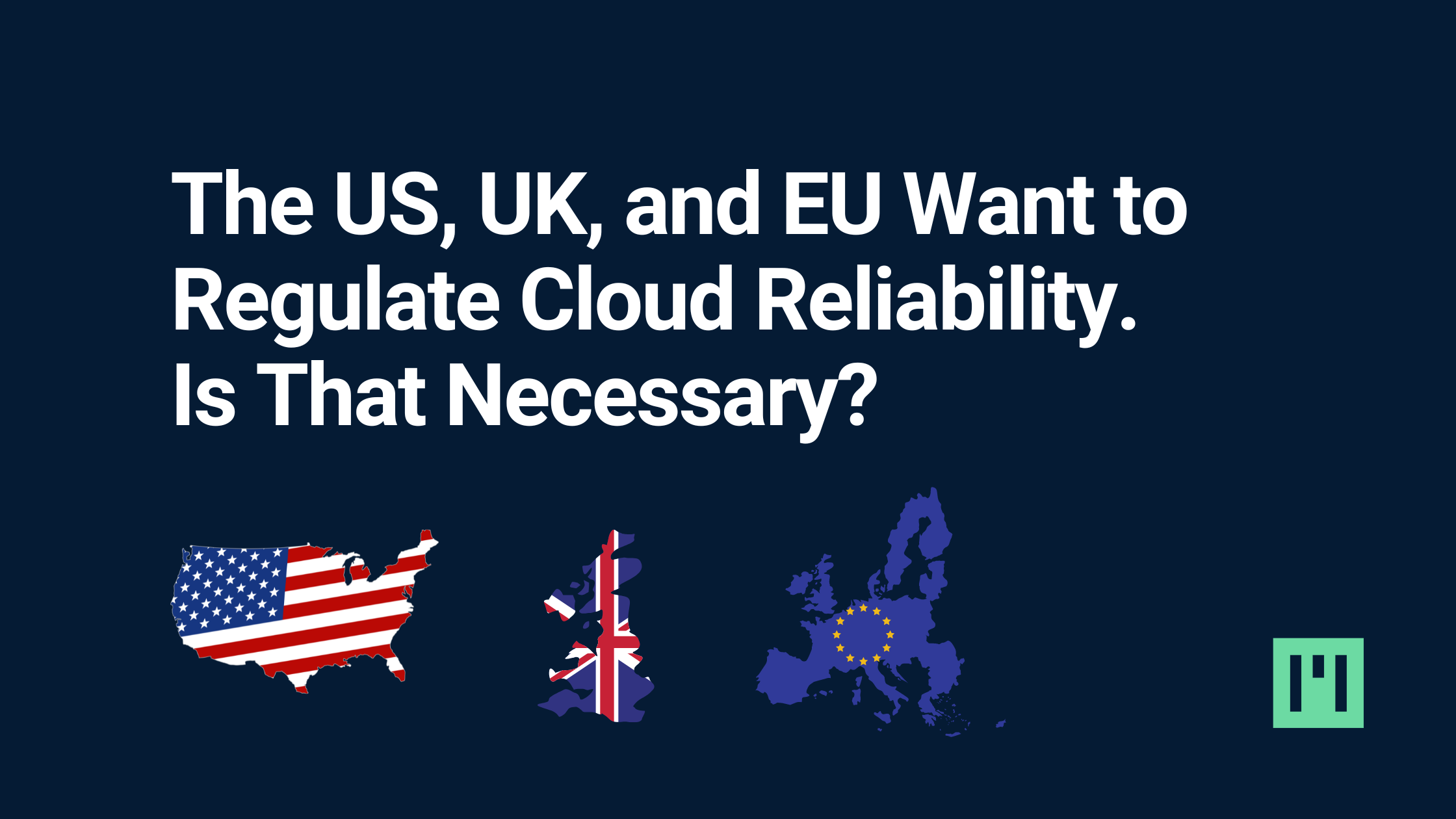 The US, UK, and EU Want to Regulate Cloud Reliability. Is That Necessary? 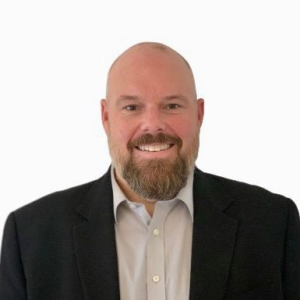 The DevOps field (and we at Metrist) have always realized how important reliability is. But according to Information Week, governments in the US, UK, and EU are now also starting to recognize the importance – and develop legislation to support it.

But while all three governing bodies are pushing to develop or expand current legislation to cover cloud providers, they are also taking different (and in some instances questionable) approaches to such “reliability regulation.” And in our opinion, some of these ways are smart moves that benefit the industry, while other methods are questionable.

We’ll explore some of the advantages and challenges presented in these proposals in this article. All three of these governing bodies recognize the importance of the public cloud in the infrastructure of their societies. And while each country is seemingly at a different stage in regard to urgency, and has slightly different sets of priorities.

The way to start evaluating the legislation of these governing bodies is to look at their seeming motivations, such as security, data transparency, and protecting financial institutions.

With these priorities in mind, it’s interesting to consider the implications of the legislation, especially when it comes to financial markets in the US and UK.

Both the US and UK seem to want to ensure the stability of financial markets and institutions. But while the UK seems to want to require and standardize data transparency (good), the US seems to want to pin the blame of reliability failures squarely on the third party’s shoulders.

This approach may come from a simple misunderstanding of how the platforms work. For example, US congressperson Velazquez talked about a “Microsoft Azure failure” in reference to the issue when in reality it is very rare for an entire platform to fail. Usually, parts of the platform fail, like regions and/or products.

Because only parts of these platforms fail, banks could realistically engineer their systems to maximize reliability, such as hosting their software in multiple regions, rather than one. As a result, banks and other institutions are also responsible for maximizing their own reliability – it’s not only the responsibility of the third-party vendor.

The US legislation also appears to place the blame on third parties and hold them liable for reliability failures, rather than factoring in how the banks/institutions utilized the third parties. Essentially, both could be at fault, but only one is held liable.

Cloud vendors do have outages, but the big three are highly reliable, and there are well-documented ways to be resilient to regional outages. So, maybe they should regulate how banks use their systems and build on the cloud, not regulate the cloud platforms themselves.

Other US Proposal Issues

In addition to determining the liable party in the case of an outage, there were some other issues that arose with the US legislation pertaining to security, customer confidence, and general technical misunderstandings.

Despite the issues mentioned, the proposals being developed have many good, important components which deserve support. But perhaps simple (even standardized) data transparency on the part of third-party vendors could eliminate the need for such regulation/legislation.

Overall Takeaways from the Proposals

Legislation exists to ensure the reliability of electricity and (to an extent) the internet, so perhaps regulating the reliability of third parties could have precedence. However, can one hold an electricity provider responsible for not having light if the power went out and one didn’t have a candle, flashlight, or generator to provide light? Or to blame them if the house lost electricity but the outage was due to faulty wiring?

On the other hand, we fully support standards and visibility for third parties. Customers both need and deserve this. And with better visibility, regulations like the ones being proposed may not be necessary. But this visibility is not always easy to provide (or receive).

That’s one reason for Metrist. Before any legislation requires third parties to disclose their data, we already have it – in real time, delivered to customers as soon as they need it. We want to promote visibility for all, now, because we all need and deserve this important information not only for business but for a well-functioning society. 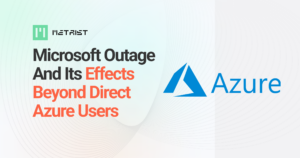 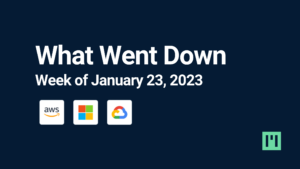 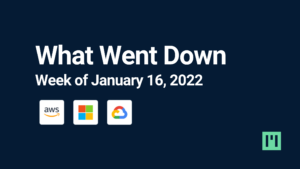